SS Rajamouli’s RRR continues to make waves amid the Oscars buzz around the film. Recently, the director caught up with legendary filmmaker James Cameron at the Critics Choice Awards. The two talked extensively about RRR and Cameron suggested that SS Rajamouli get in touch with him if he ever considers making a Hollywood film.

An extended video of SS Rajamouli’s chat with James Cameron is doing the rounds of the internet and it sees the Avatar director analyze RRR and talk about its themes and visuals. By the end of the chat, Cameron can be heard saying, “If you ever want to make a movie here, let’s talk”.
Check it out here:

Here’s the longer version of the two legendary directors talking to each other. #RRRMovie pic.twitter.com/q0COMnyyg2

James Cameron was full of praise for RRR. “Now watching all your characters, it’s just like such a feeling to watch them and your set up, fire, water, story. Reveal after reveal,” he said.

RRR made history after bagging a Golden Globe for Naatu Naatu. The film went on to win two awards at the Critics Choice Awards for Best Foreign Language Film and Best Song. 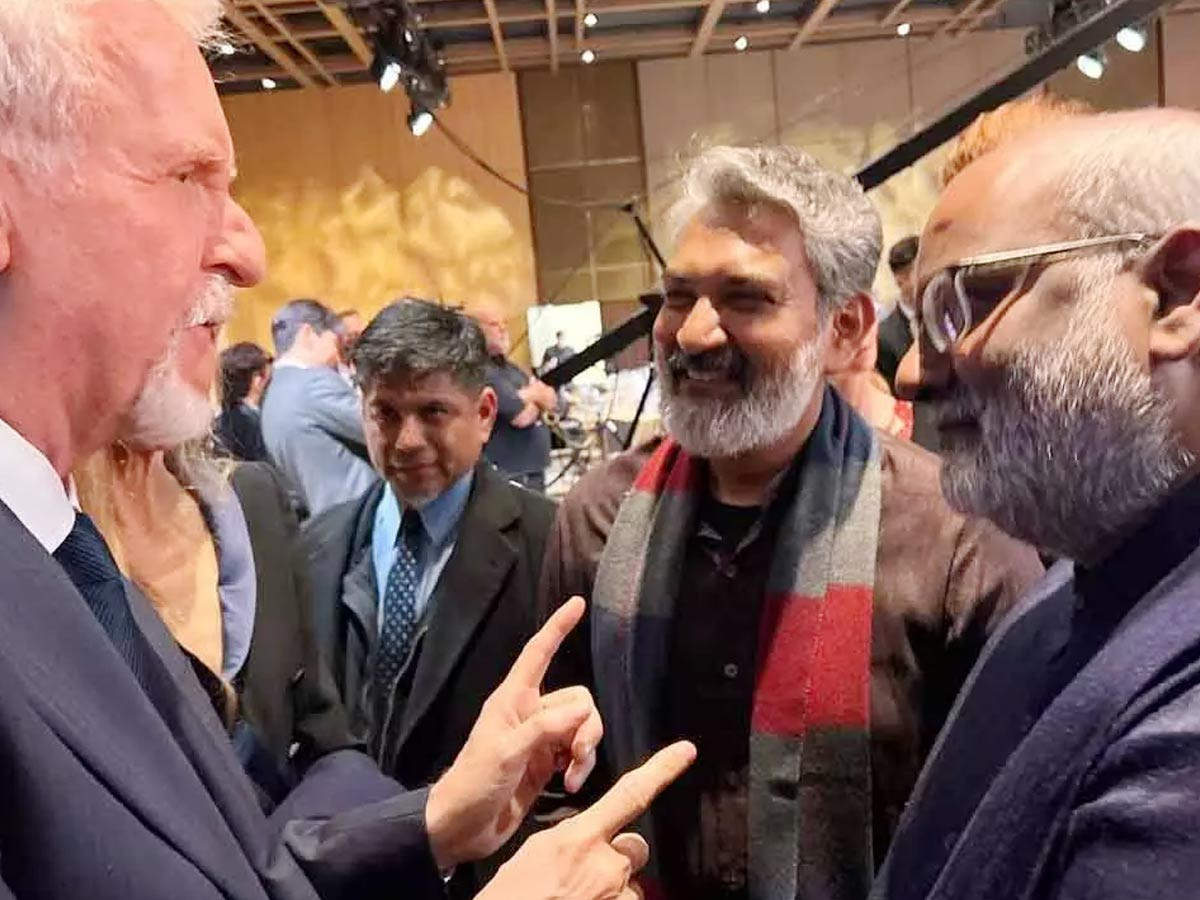 Starring Ram Charan and Jr NTR, RRR revolves around two revolutionaries who revolted against British rule in India. The period drama has won over audiences on a global scale.