It was not long ago that the current generation of superstars was just making their way into the world of cinema. 15 years ago, three of the biggest names of Bollywood- Deepika Padukone, Ranbir Kapoor and Sonam Kapoor made their debut in Bollywood, unaware of what was in store for them. While Deepika Padukone made her debut with Farah Khan’s iconic Om Shanti Om, Ranbir and Sonam made theirs with Sanjay Leela Bhansali’s directorial Saawariya, and since then all three of them have only grown from strength to strength. Here’s taking a look at each of their individual journey’s and career milestones that shaped them into the phenomenal actors and creators that they are today.

Fresh on the scene

Deepika Padukone had a dream debut in the industry. Being casted for a double role, alongside the biggest superstar of the time, Shah Rukh Khan was everything a 21-year old model could ask for. With her role as Shantipriya, she not only won the Filmfare for the Best Debut, but also solidified her place in the industry. 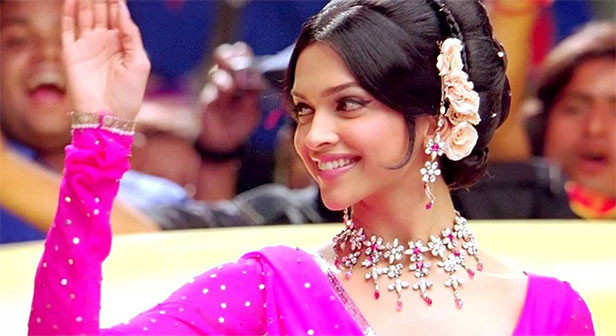 There was always the concern of being written off as just a pretty face, but Deepika was determined to prove herself. From 2009 onwards, she took up quality movies and shared screen space with names such as Akshay Kumar, Farhan Akhtar, Saif Ali Khan and her iconic better-half Ranbir Kapoor. She took failures in her stride, and seemed to stay above hits and flops. 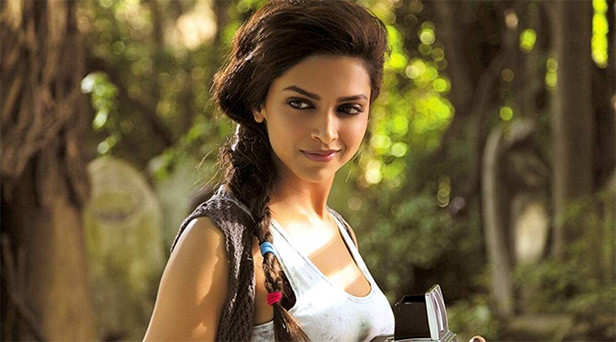 Cocktail was proof of her acting prowess, and the period post that marked her dream run in the industry. She delivered hit after hit, and Race 2, Chennai Express, Yeh Jawani Hai Deewani and Goliyon Ki Rasleela: Ramleela all broke the 100-crore mark. 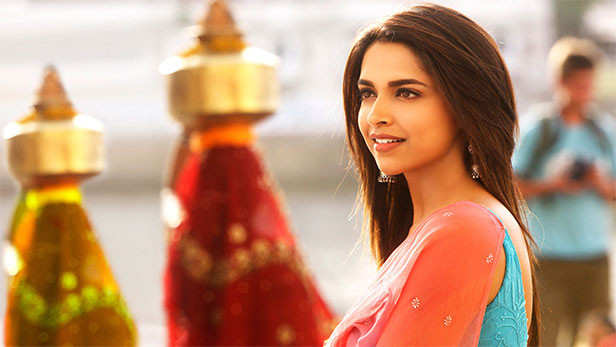 Whether it was playing a supporting character in 83 or carrying an entire film on her shoulders in Chappak, she understood a film for what it should be, a display of acting prowess and command over her art. She bagged every award there was, with her nuanced role in Piku, where she performed alongside Irrfan Khan and Amitabh Bachchan, legends in the industry. 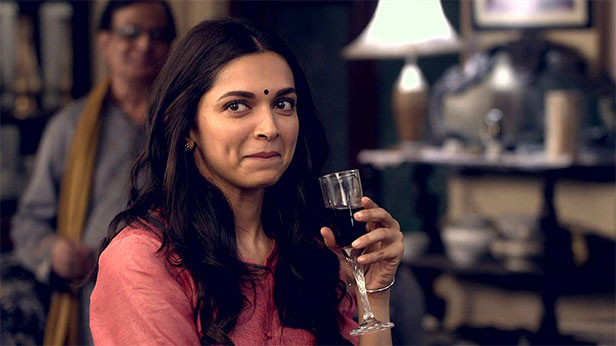 Talking about her personal journey, in 2015, she spoke about her mental health battles and her struggle with depression. She founded the Live Love Laugh Foundation, to spread awareness and eliminate the stigma surrounding the same. Her honesty and vulnerability only strengthened her brand and her bond with her supporters. 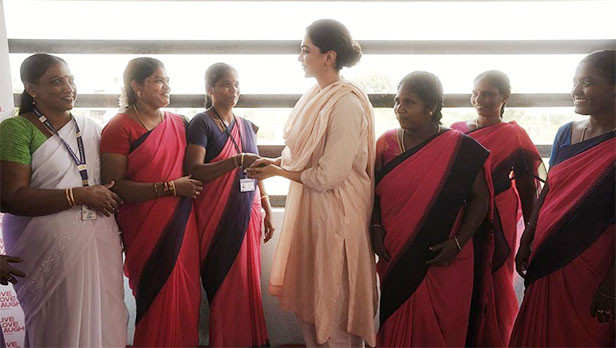 In 2018, she married the love of her life Ranveer Singh, and things seemed to be at an all time high for the actress. 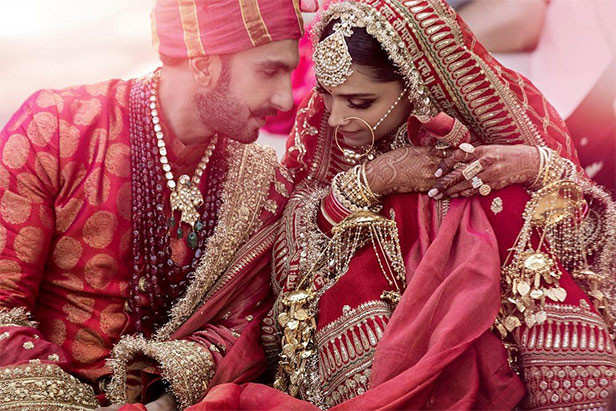 Through her choices over the years, even the ones that didn’t pan out financially, she has managed to be part of great stories. She’s built her position in the industry, as an actress who can be banked on when it comes to big releases. From being the twinkle-eyed girl just venturing into the industry, to becoming the strong, powerful actress revolutionizing female roles in cinema, 15 years have been a transformational journey for the actress. 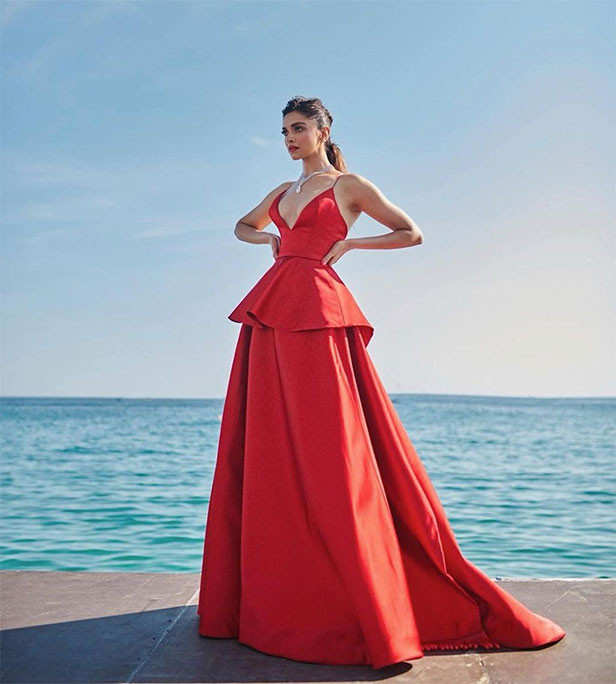 New Boy on the block

In a career spanning 15 years, Ranbir Kapoor has carved his niche as a trusted actor, who does justice to whichever role he takes up but it was not long ago that he was the innocent-looking, chocolate boy making his debut with Sanjay Leela Bhansali’s They don’t care. 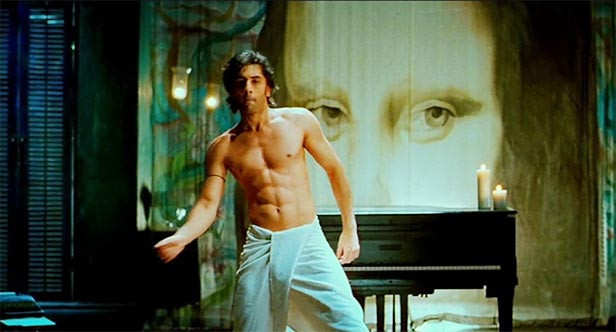 Born in an illustrious family, bagging a debut movie with one of the most revered directors came as no surprise, but Ranbir Kapoor had a lot riding on his shoulders. A legacy of iconic performances, and great films. So, when Saawariya didn’t do well, it came as a shock. 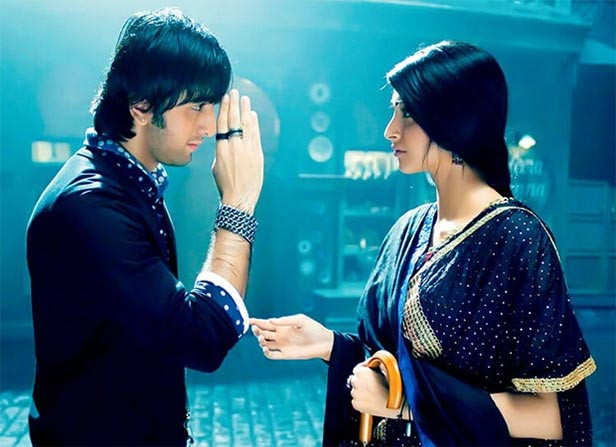 However, the actor recovered in no time and his movies then on including Bachna Ae Haseeno, Ajab Prem Ki Ghazab Kahani, and Anjaana Anjani did extremely well. 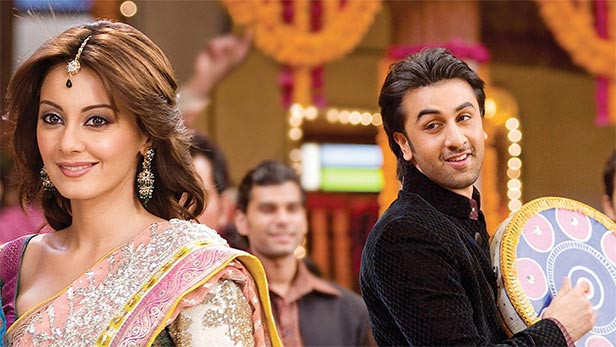 Wake up Sid was his first project with Ayan Mukherjee, and the beginning of a life-long friendship and collaboration. It also brought out his image as the funny, charming boy next door that he channeled again in Yeh Jawani Hai Deewani, 2013. Ranbir somehow managed to mold these emotionally-distant, problematic characters into lovable, endearing people whom the audience loved. 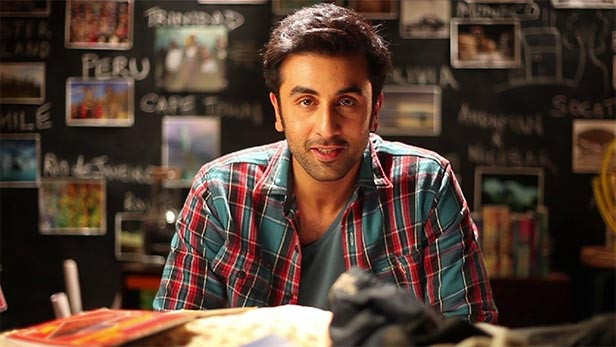 Ranbir never stopped exploring. He refused to confine himself to stereotypical roles, and explored different characters such as a lovely young man in Barfi to a tainted lover in Rockstar! and Ae Dil Hai Mushkil. 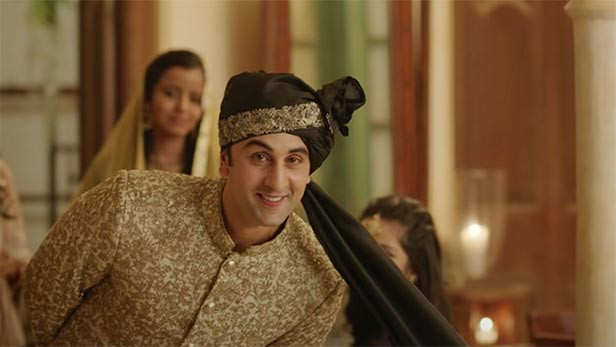 He even played Sanjay Dutt, in his biographical film Sanju and nailed every detail down perfectly. From a young boy with not a care in the world, turning into a man with countless hues: Ranbir has proven himself and carved his niche in the industry. His latest hit Brahmastra was not only a milestone movie for him career-wise, but also for his personal life as he met his now-wife Alia Bhatt during it’s shooting! 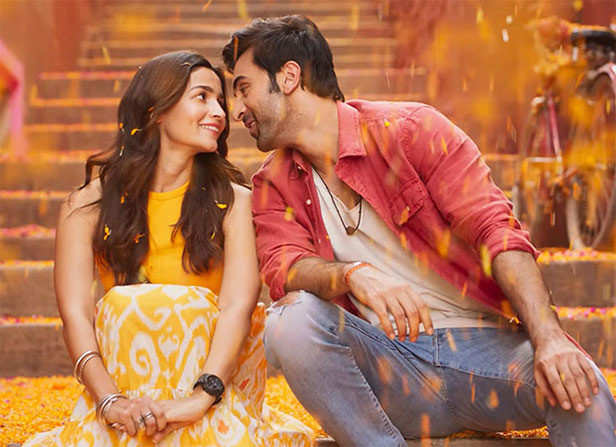 For someone who isn’t on social media, Ranbir Kapoor definitely managed to be the talk of the town for a number of reasons. Whether it was his heritage and legacy, or his relationships inside and outside of the industry- his personal life was the talk of the town time and again. 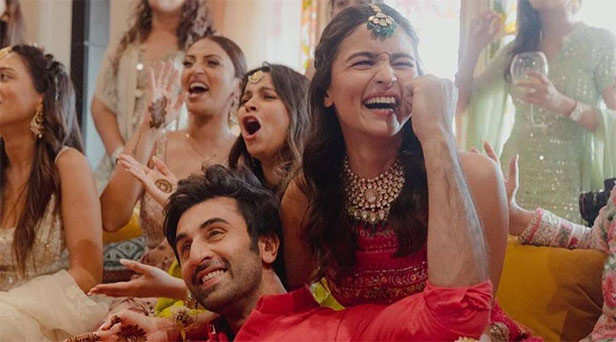 However, recently his personal life has been more relevant than ever and for all the right reasons. In April 2022, he married his longtime girlfriend and Brahmastra co-star Alia Bhatt, in an intimate wedding and the two have recently welcomed a baby girl as well. Staring in the biggest budget project of Bollywood, marrying the love of your life and being blessed with an angel- if that isn’t what personal success looks like, what is! 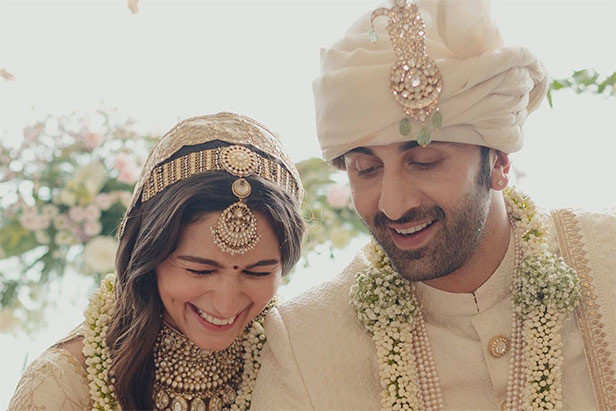 From staying away from social media in a generation that’s predominantly digital to taking up roles that defy the stereotypes, Ranbir Kapoor has always been one to go against the current. Even after 15 years as an actor, he manages to surprise his audience with every project he takes up and brings something new to the table each time. 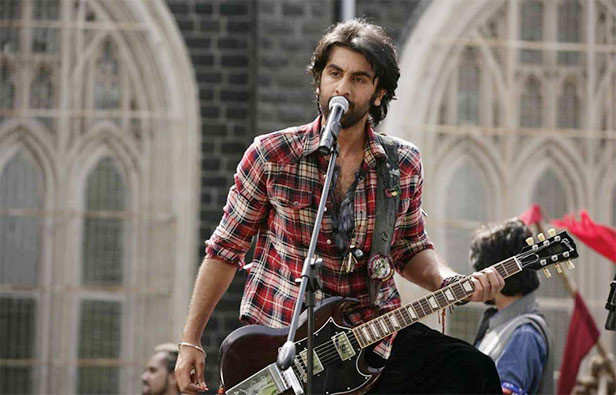 Sonam Kapoor was a star-child out and out. From her aura to the way she held herself, she had the airs of a celebrity actress even before she made her debut, a confidence that is hard to come by. 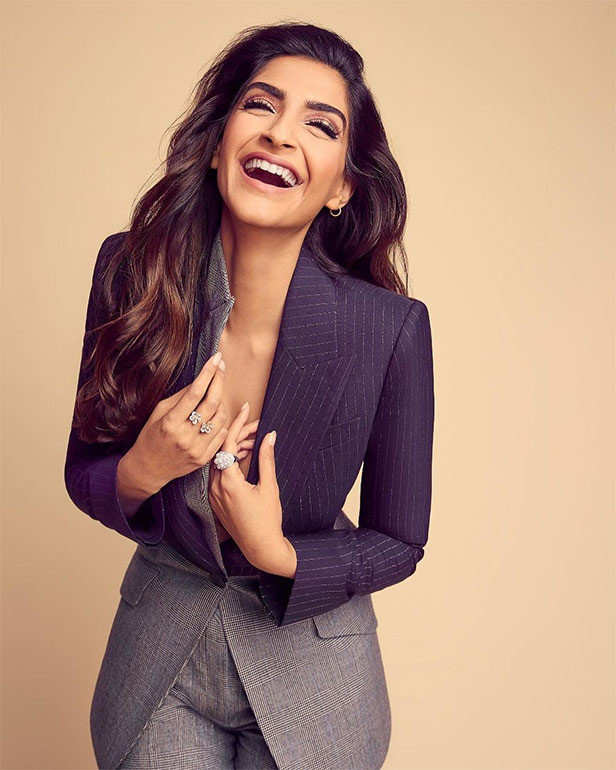 Born to talented actor Anil Kapoor, she was surrounded by film and fashion from her early years. She assisted Sanjay Leela Bhansali in the 2005 film, Black and made her debut 2 years later alongside Ranbir Kapoor in Saawariya. As mentioned before, Saawariya failed to achieve success but the actress recovered in no time. Over the years, she evolved as an actress, and established herself as a fashion icon. 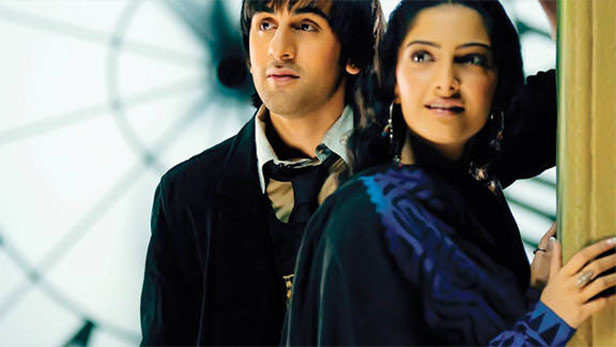 The actresses’ first commercial success was I hate Luv Stories, in 2010 which was a sweet rom-com with some great moments and beautiful soundtracks. 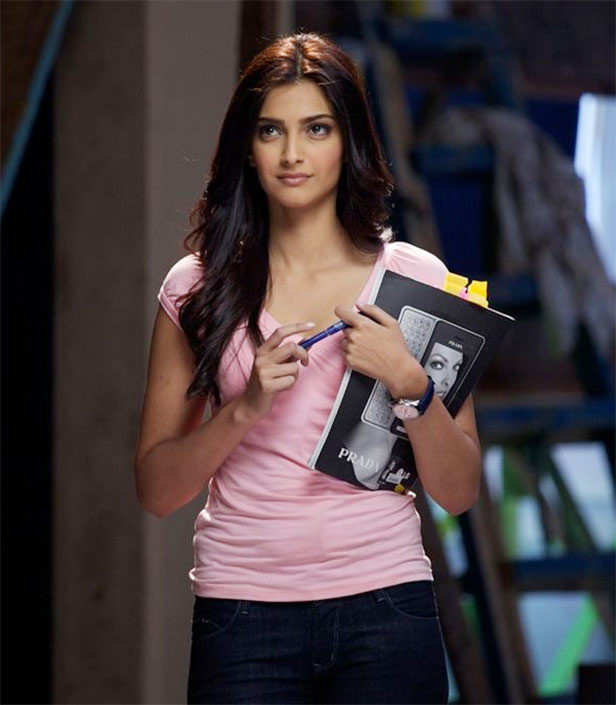 To prove that there was more to her than just sitting around and looking pretty, she took up Raanjhanaa alongside Dhanush for which she received several Best actress nominations, including a Filmfare one. She also appeared in Khoobsurat, Dolly Ki Doli, Prem Ratan Dhan Payo and most importantly Neerja, in which she played the titular role and received critical acclaim. Although she has been called out time and again, with people criticizing her caliber as an actress, she has stood her ground and always looked at mistakes as a scope for improvement. 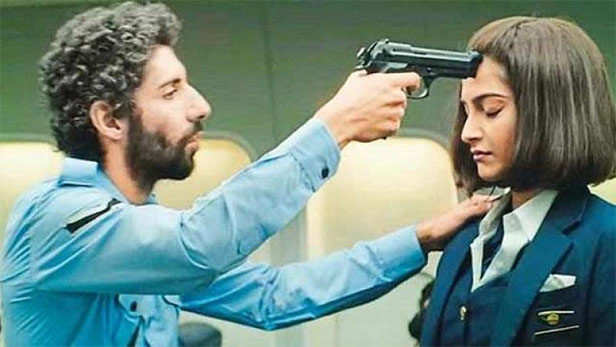 The factor closest to Sonam’s journey has always been fashion. From defying stereotypes and trends, to representing Indian brands globally her sense of style has always been revolutionary and yet deeply personal. From feminine silhouettes to sartorial ensembles, the actress brought new ideas to the Indian fashion scene, and forced designers to think beyond the ordinary. 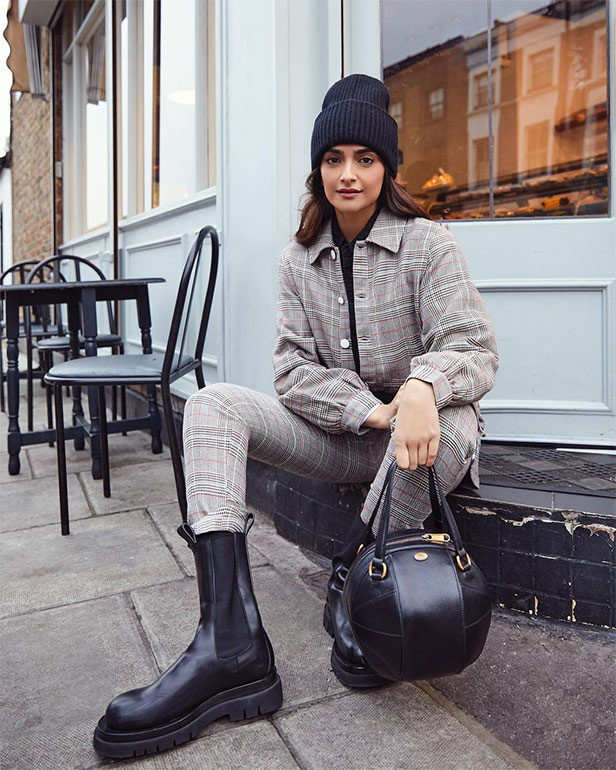 In 2018, she married Anand Ahuja in a star studded reception full of music and fashion, following which in March 2021 she made her pregnancy announcement. In August this year, the two welcomed a sweet baby boy into their family and Sonam has been embracing motherhood ever since. 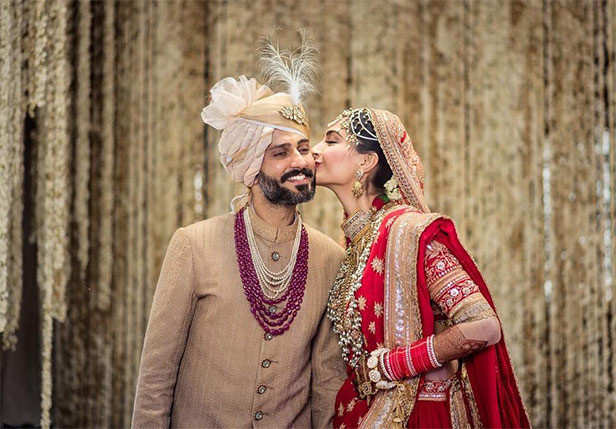 Not only is Sonam Kapoor one of the top names in the industry but also a distinguished fashion icon. She’s made her place in the industry, and there’s plenty to learn from her. In Sonam Kapoor’s words, when you’re living her life it’s truly “everyday phenomenal.” 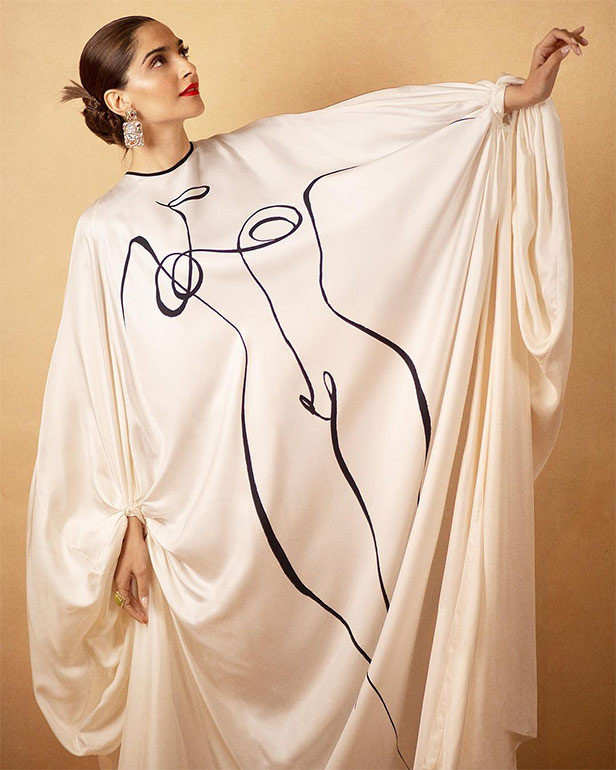 Over the years, all three actors have evolved as artists, creators and actors. They’ve followed their own trajectories and delivered countless memorable performances that we’ll cherish for a long time to come.