On Thursday, tennis star Roger Federer made an announcement revealing that he will retire after the Laver Cup in London. He shared the news on social media with a post that read, “I am 41 years old, I’ve played more than 1,500 matches over 24 years. Tennis has treated me more generously than I ever would have dreamed and now I must recognize when it is time to end my competitive career.”

After Federer’s retirement announcement, the internet was flooded with sweet messages as fans congratulated him for his impressive sports career. Among those reacting to the news were Bollywood celebrities. Anushka Sharma shared the news on her Instagram story and wrote, “Genius”. Take a look: 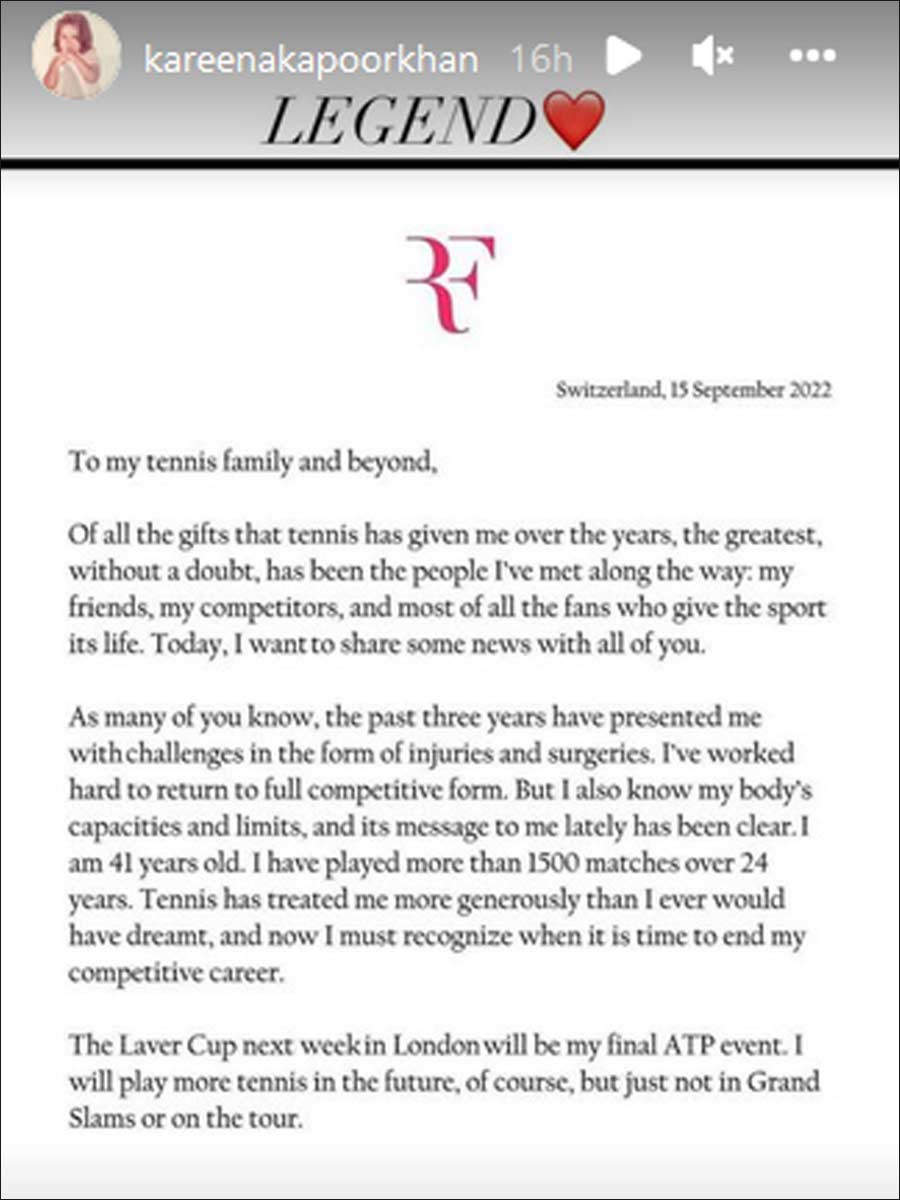 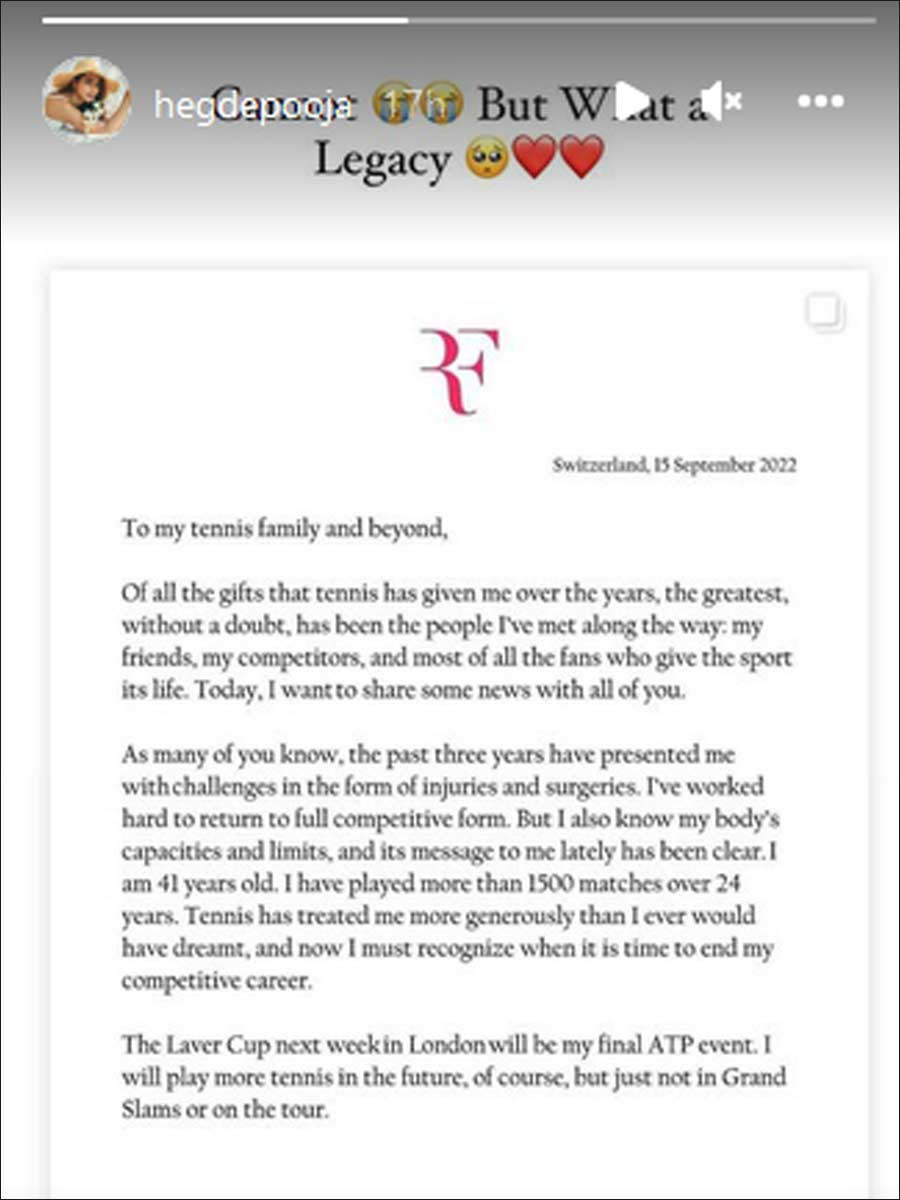 While Dia Mirza took to her Instagram story to write, “Legend. My all-time favorite. What an amazing human being.” 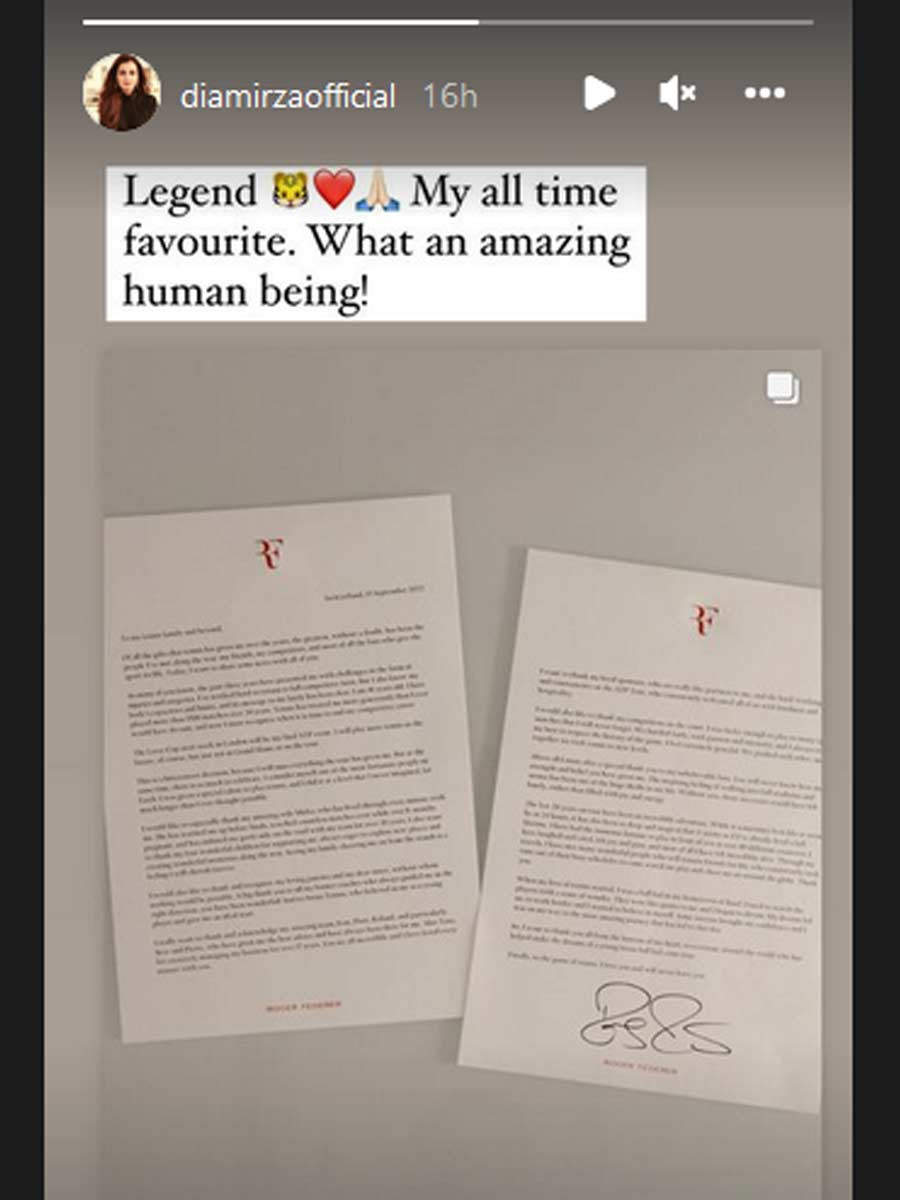 Roger Federer has had a career full of memorable wins including his first grand slam in 2003 and earning the Wimbledon title. In his note, he also assured fans that he will continue to play tennis. “The Laver Cup next week will be my final ATP event. I will play more tennis in the future of course but just not in grand slams or on the tour.” he shared.