Weeks of torrential rains and flash floods have ravaged Pakistan.

The South Asian nation of some 220 million people is at the epicenter of a climate crisis following historic monsoon rains in July and August.

More than 1,500 people have died so far while 33 million people were affected.

According to Pakistan’s National Disaster Management Authority, rescue and recovery missions are slow, and more than half a million people are still in makeshift camps.

The government estimates total financial losses at $30bn, with at least four million hectares (9.8 million acres) of diverse agricultural land destroyed, according to Ahsan Iqbal, the minister of planning for the government. 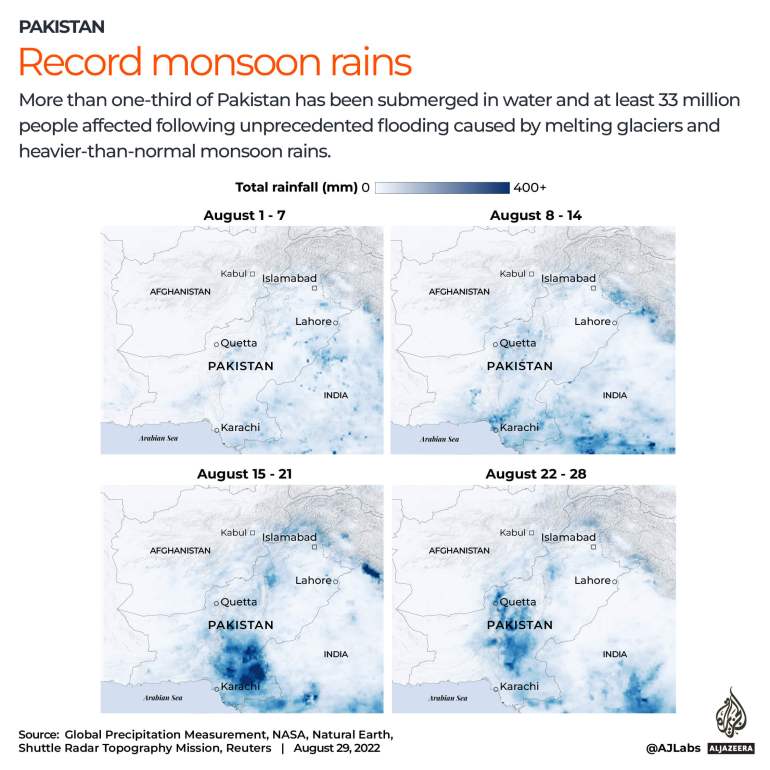 Both Pakistan and the United Nations have blamed climate change for the extreme weather and resulting devastation. UN Secretary-General Antonio Guterres described the level of rainfall as “epochal”.

According to the National Disaster Management Authority, at least 81 of the country’s 160 districts have been categorized as “calamity hit” by the floods.

Water crisis tests Mississippi mayor who started as an activist