We are three episodes into The Lord of the Rings: The Rings of Power and the show is only getting better. With a sprawling narrative, new characters and a legacy of Tolkien lore, not to mention, Peter Jackson-helmed films to uphold, the series is a beast of its own amidst fantasy television. Set in the Second Age, it takes us back to a relatively peaceful time in Middle-earth where Galadriel (played by Morfydd Clark) senses an evil surfacing. And she’s not the only one. Bronwyn, played by Nazanin Boniadi, a non-canonical character introduced in the show, also comes in contact with this evil and so does her human son Theo (Tyroe Muhafidin). The two have an interesting arc that could delve into unchartered albeit interesting territory. And if you ask the stars, they found it easy to immerse themselves into the show’s stunning world.

In an exclusive interview with Filmfare, Nazanin Boniadi and Tyroe Muhafidin opened up about getting into character, filming for the series and the passionate Tolkien fandom.

The Rings of Power has all these mesmerizing settings. What was it like stepping into Middle-earth while filming for the show?

Tyroe: The whole experience of New Zealand itself – it is Middle-earth. Just being there and being able to immerse yourself in nature, it felt like being in Middle-earth all the time. And I had to really pinch myself in general because this is the life I’m living. So yeah, it was beautiful.

Nazanin: Yeah, it really was beautiful. There’s a scene that I have – I think it’s in episode 7 with Cynthia Addai-Robinson, Lloyd Owen and Ismael Cruz Cordova and I had to take a helicopter to get on top of a mountain to shoot there for a couple of days. It was epically beautiful. So that, to me when I was on top of the mountain, was the moment where I felt wow this is really Middle-earth.

Since your characters are non-canonical, what was your process of fleshing them out? Nazanin: For me, JD and Patrick grounded all of the characters really well whether they were canon or not. In everything Tolkien, they’re like encyclopaedias. They have such a deep knowledge of the world. I really leaned on them and I think that it was refreshing to create a character that is new but also have it anchored so beautifully as well.

Tyroe: I drew from the source material. Theo is very relatable compared to other men in Tolkien’s stories. Especially, you look at the trilogy and there are two characters that stand out – Isildur and Boromir with how they both get drawn to the ring and how both of their minds are corrupted. I think the idea of ​​how the mind gets corrupted – that idea with Theo is really great to explore. Especially as he is young and how he can be corrupted from a young age. So I worked closely with JD and Patrick to flesh out all that and we’re still working on it.

What was it like building your onscreen bond behind the scenes?

Nazanin: Oh, we had the best time. This is my favorite young man I’ve ever met. He’s just a joy to work with and incredibly talented. We had a great time. I became very close to his real mother and him. We became like a family because it was in the middle of the pandemic and we didn’t have anyone else. So we really bonded. We went to Hobbiton in New Zealand and took trips, lunches and dinners.

Tyroe: Everything, yes! It was really fun because it was easy to get along 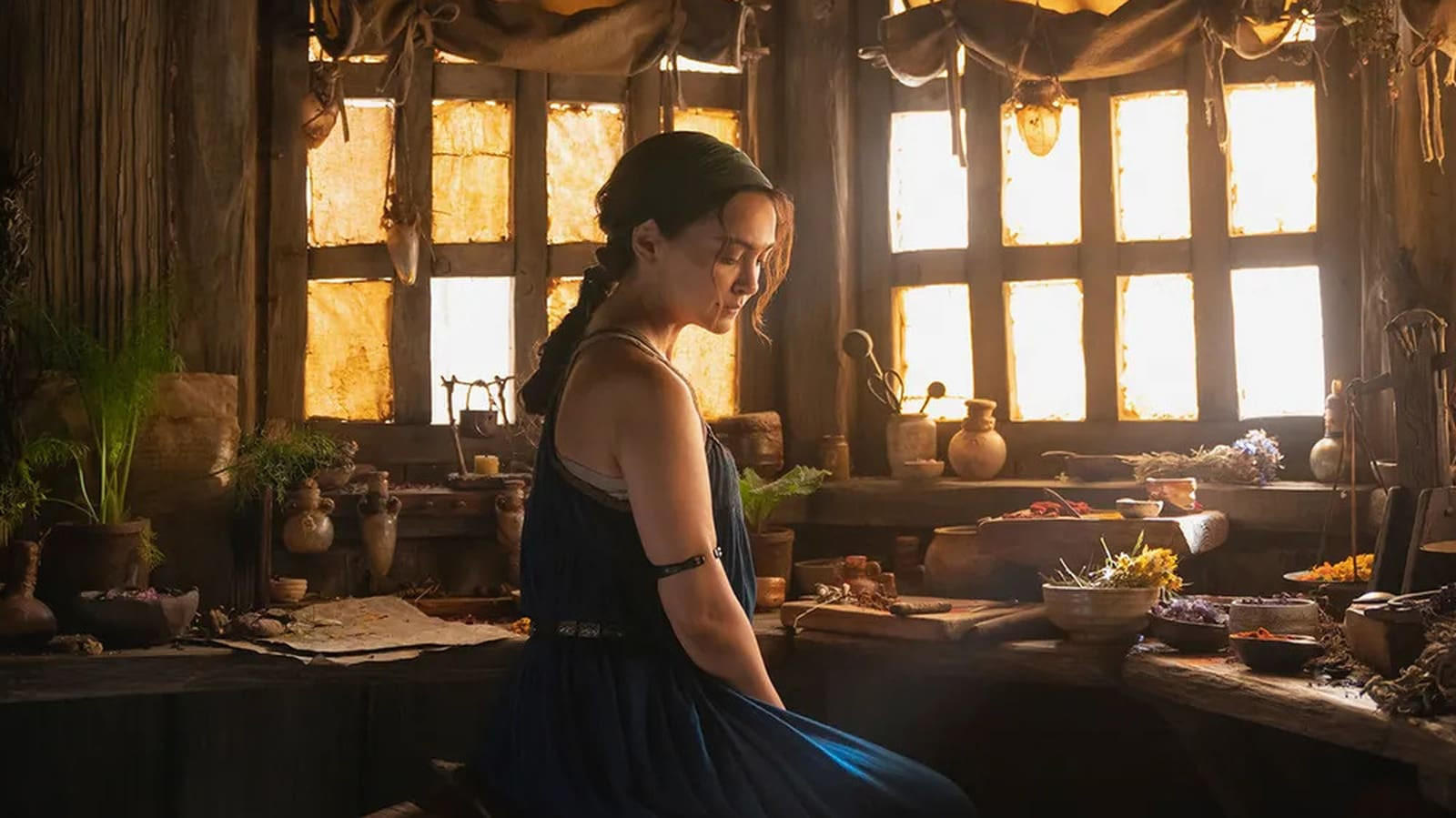 What was your initiation into Tolkien and the fandom like before you were cast for the series? Tyroe: Well, I’m younger than the trilogy itself so I never really have much of an introduction. My dad used to watch the Lord of the Rings films so I knew how big a deal it was but I didn’t really look into it until I got the role. Then I got home and I watched all the films and read The Hobbit and sort of dove into Tolkien. So I’m into it now.

Nazanin: I watched the films 20 years ago when I was a child and I loved them. The Peter Jackson films are amazing. That was my first experience with Tolkien and when I first got this job, I did a deep dive into all things Tolkien. I did a lot of reading and now, of course, it’s impossible to have this experience and not be a fan.

Speaking of fans, there are challenges attached to joining this huge franchise with a passionate fanbase. Did you look up fan theories or reactions?

Tyroe: Oh yeah! There are so many theories fans have about the sword that I have. I love to go on Reddit and I look at all the theories about my character and I go “You’re wrong! You’re wrong! This one’s close actually..” And sometimes I have to fight the urge to reply to people and go, “Actually, it’s like this…” So that’s very fun.

Nazanin: My motto is to just stay off the internet because if you want to believe the good things that people say then you also have to believe the bad things. So it’s better not to go into it and just do your job and hopefully, it resonates with people.

The Lord of the Rings: The Rings of Power which features Morfydd Clark, Robert Aramayo, Charles Edwards, Maxim Baldry, Owain Arthur, Benjamin Walker and others is currently streaming.