Abhishek Bajaj is known as much for his rock-hard abs as he is known for playing brats and antagonists in his movies. However, with Babli Bouncer, the actor has done a complete 180 and is all set to portray a shy, introverted guy next door. Playing against type isn’t an easy decision especially when big production houses are offering you meaty roles where you basically have to rip off your shirt and mouth some obnoxious dialogue. Bajaj says that he was adamant that he would do something radically different because if he didn’t showcase his range now…well, it was now or never. And it appears to have worked. The actor has been receiving messages praising him for the refreshing change in Babli Bouncer. The trailer for Babli Bouncer has received much praise in itself. It’s a refreshing concept which is brought to you by ace filmmaker Madhur Bhandarkar. Tamannaah Bhatia essays the titular role in the film and the film is all set to release on a leading OTT platform on the 23rd of September.

In an exclusive one-on-one with Filmfare, Abhishek Bajaj opens up about his love for the movies. . .

Tell me how are you feeling about Babli Bouncer?

For the very first time, I’m feeling excited. Like legit excited. People have asked me many times how I’m feeling when I go to some premiere or wherever. But this is the first time where I’m legit excited about it. I’m really looking forward to the movie.

During the lockdown, we watched so much stuff because we were stuck at home. After the lockdown, the audience’s palates have changed. Maybe this is why people are finding the trailer of Babli Bouncer so refreshing. . .

Correct, correct. I would say this is the USP of the movie- it is very refreshing. People haven’t watched a lady bouncer and it’s all about that. The journey of how she becomes a bouncer and everything. And for me, I’m getting a role which I’ve not played so far. Earlier, I played a brat, fitness champion, somebody arrogant who is bullying people. For the very first time, I’ve played someone very sophisticated, well-mannered, calm and composed and I have a romantic angle as well. In my whole career, I have always been falling for a girl and this is the first time that the girl is falling for me. This is very refreshing and I’m really excited because if you’ve seen the trailer, bike ke peeche mein baitha hua hu. This is all new to me, the feeling, the awkwardness. . . that has made me excited about this project as well.

You’re also playing against type in the movie. Earlier, in SOTY 2 and Chandigarh Kare Aashiqui, you played this beefy, hunky dude…

After Chandigarh Kare Aashiqui, I was getting so many roles along the same lines. You won’t believe me but there were around four or five big-budget films I was offered and I had to say no. And with every film that I rejected, I was wondering if I was doing the right thing. Because we don’t get so many opportunities to work with such big directors and such production houses. . . the roles were also very exciting but it was on the same lines. I was being courageous with every film I was saying no to. I wanted to do something very different from the roles that I’ve played so far so that I can show my range of acting and people can see me as an actor and not just as a fitness athlete. I want to break the image because I think if I don’t do it right now, later on, it becomes difficult. 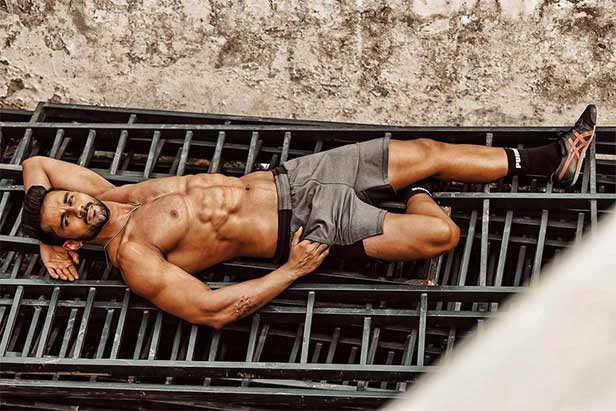 It’s so easy to get typecast in this industry. When the casting director called you and offered this role, what did you think?

Somewhere I feel, I had that character in me. But you need a visionary to visualize all that. People like to play safe and I really didn’t want to get stuck as one character. I wanted to explore, and hats off to the casting director and Madhur (Bhandarkar) Sir – they saw me as Viraj. Viraj is like a dream boy. . . like Prince Charming. I’m really happy they saw me like that because not everyone can see that.

Tell me about working with Madhur Bhandarkar and Tamannaah.

When I got to know that this is the script and that Madhur Sir is directing it, I was like I want to do this because this is different from any other role which I’ve played. When I got the call from Madhur Sir that he wants to meet me in the office, I presumed that he will be a very serious person because he has directed films on such serious topics. But when I met him, I realized that he’s a totally different person – fun-loving, really jovial and I would say he is a man who takes everybody together. He’s the man. Not a single time did anyone from the spot dada to the management team feel left out. He gives you the space to perform and he makes the environment so comfortable on set that you don’t feel like you’re working. I always felt like I’m enjoying everything. That’s the best part of the director, I would say. 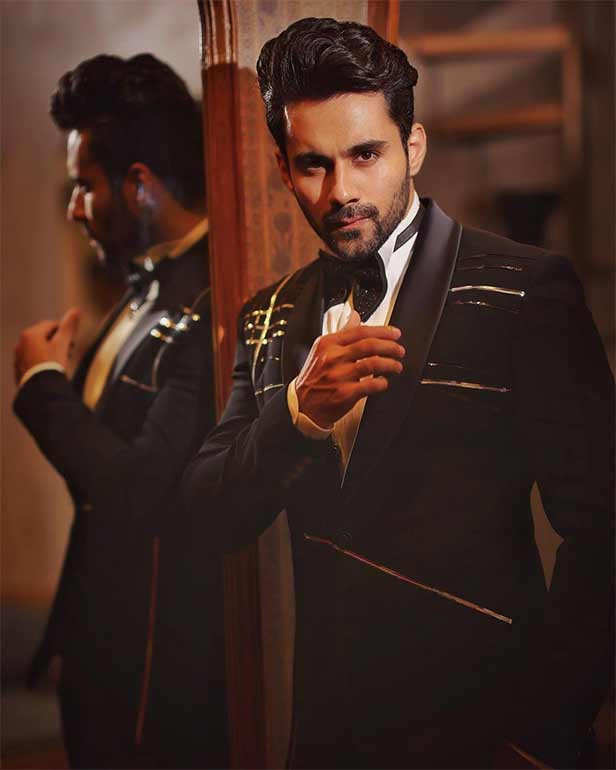 She is a fantastic co-actor because not everyone embraces the suggestions you give and she has always embraced whenever I said that this has to be done in the scene and whenever she has suggested something, I’ve always embraced it. That’s the ideal thing you want in a co-actor. One day I got up early in the morning to work out in the gym, like at 5 am and I saw her working out. You feel good when you see the other person is also as dedicated as you are. That’s how in the film, everything goes together. So, I’m looking forward to the movie.

Norman Reedus Reveals How He Proposed to Diane Kruger