Alia Bhatt and Ranbir Kapoor are making headlines for the release of their highly anticipated film Brahmastra. Directed by Ayan Mukerji and starring Amitabh Bachchan, Mouni Roy, Nagarjuna Akkineni and others, the film arrived in theaters last week.

Over the weekend, Ranbir Kapoor and Ayan Mukerji surprised fans by visiting a screening in Mumbai. Ranbir interacted with fans who were elated to see him at the theatre. Soon pictures of their visit started doing the rounds of the internet and Alia Bhatt had the sweetest reaction.

The actress took to her Instagram handle to share photos of Ranbir getting mobbed by fans. In one picture Ranbir can be seen posing with fans on an elevator. Take a look: 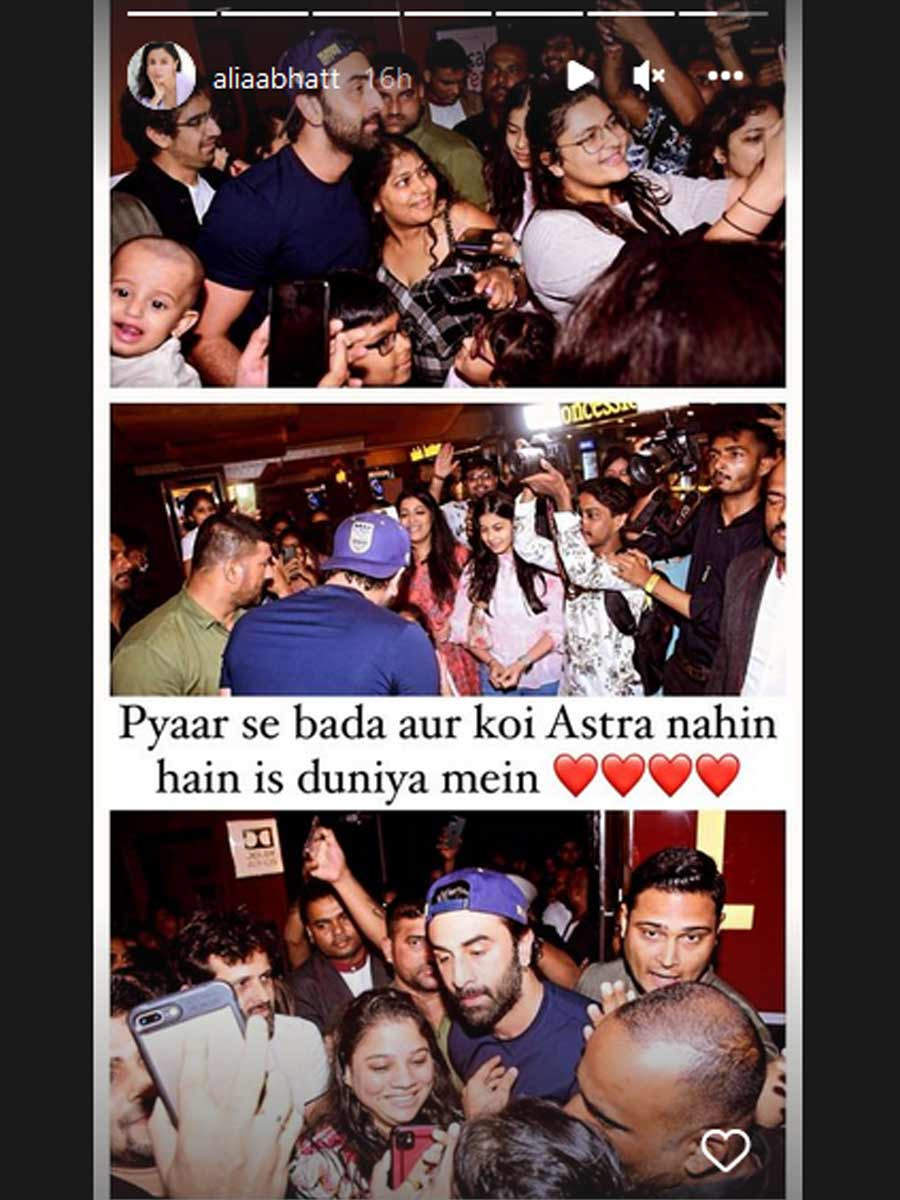 Brahmastra arrived in theaters on September 9.