In the Maldives, Katrina Kaif and Vicky Kaushal are spending the majority of their time with close friends and family. Vicky shared a video of them all trying ziplining to foster their adventurous sides. At the destination, they recently celebrated Katrina’s 39th birthday.

While Katrina appeared nervous before taking off in the new video, Vicky Kaushal signed off with a salute to the camera. Vicky’s brother Sunny Kaushal, Sharvari Wagh, Katrina’s sister Isabelle Kaif, and Mini Mathur were also in the video.

Katrina also shared a video of their snorkelling adventure, in which they all explored the underwater world. According to her Instagram stories, she was swimming near giant stingrays while wearing black swimwear. Aside from that, the actor shared a happy photo with his girl gang from the celebrity’s favorite location.


Vicky had earlier in the day shared a video of himself cycling on an island with Angira Dhar. He also shared a photo of himself and Katrina on a yacht with fans. In the photo, the two can be seen laughing candidly while dressed in matching white outfits. Vicky captioned the post with an infinity sign when she shared it. Celebrities like Neha Dhupia and Farah Khan reacted to the image. 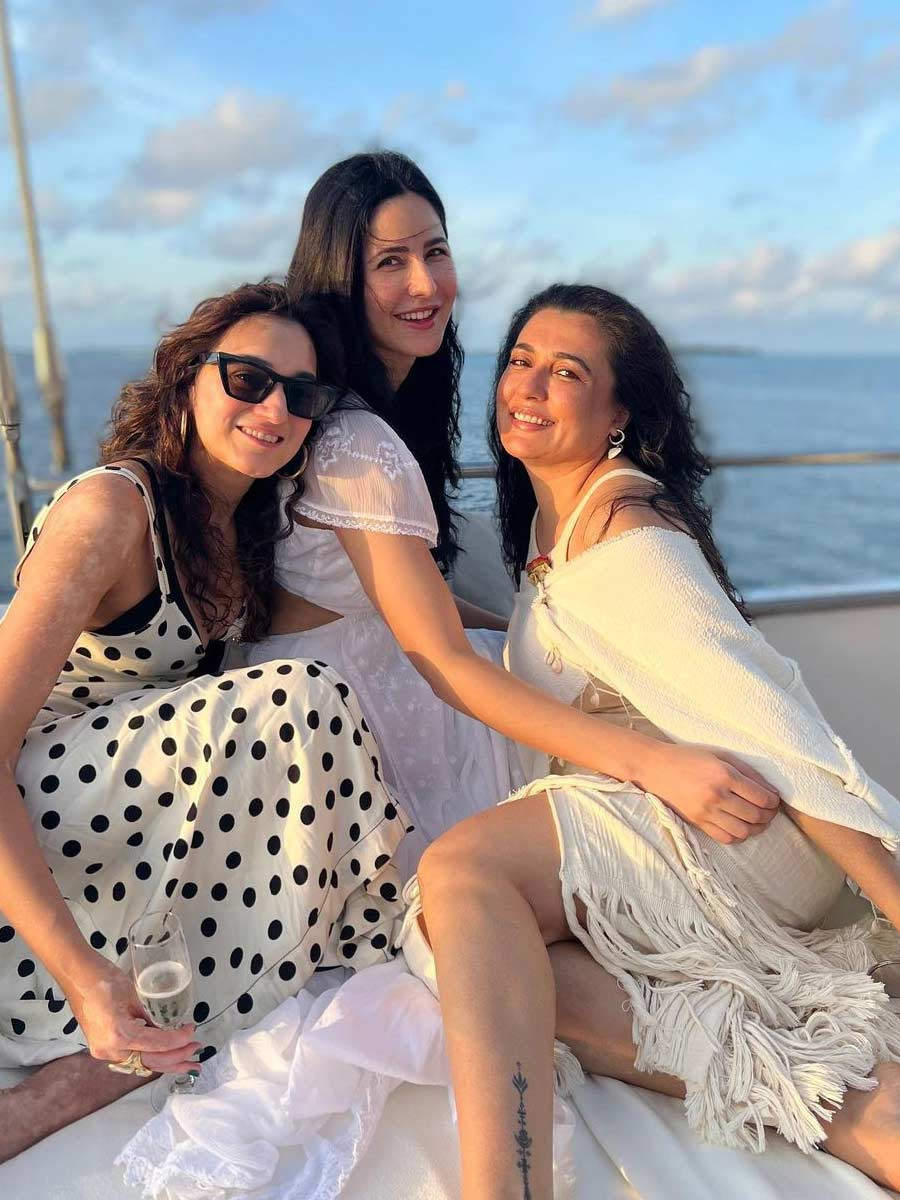 Katrina will next be seen in Phone Booth, a horror-comedy starring Ishaan Khatter and Siddhant Chaturvedi. The film, directed by Gurmeet Singh, will be released on November 4th. She also appears in Salman Khan’s Tiger 3 and Vijay Sethupathi’s Merry Christmas.

Vicky’s next film will be Sam Bahadur, a biopic of Field Marshal Sam Manekshaw. He is working on two untitled films with directors Laxman Utekar and Anand Tiwari. In addition, he will appear in Shashank Khaitan’s upcoming comedy film, Govinda Naam Mera.