Tourists passing through Cairns to visit the Great Barrier Reef like to stop off at The Woolshed, a rowdy drinking haunt that Dominic Davies has run for almost 30 years.

Davies has worked hard to turn The Woolshed into one of the most popular venues in the city in Queensland, but last month he was forced to shutter his business’s Cotton Club kitchen for the first time as a labor shortage that is undermining Australia‘s economic recovery hit.

“Point blank, we could not get a chef,” he said of a conundrum facing many Australian companies that are trying to bounce back from the coronavirus pandemic. “It’s acute. It is the worst it has ever been by a country mile.”

The closure of Australia’s international borders to stem the spread of Covid-19 protected the country from the worst of the virus, but also starved it of the backpackers and temporary workers who used to staff hotels and bars and pick fruit and vegetables.

The combined effect of the slowdown in immigration and a booming economy has left almost half a million jobs unfilled.

Corinna Economic Advisory said that there were 224,000 fewer 15- to 34-year-olds in Australia in May this year compared to March 2020, when the borders were sealed.

With migration yet to recover since the borders were reopened and working tourists deterred by onerous visa requirements and high tax rates, businesses fear that the worker shortage will stifle the economy.

There are worries, too, that the impact of the labor shortage could drive up inflation further by triggering a wage surge and increasing the cost of goods and services.

“We pretty much killed the golden goose,” said Davies.

Australia has the second most severe labor and skills shortage in the world, according to the OECD, trailing only Canada. The latest data from the Australian Bureau of Statistics showed that there were as many job vacancies as unemployed people in the country.

Unemployment fell to 3.5 percent in June — the lowest level since the 1970s — and is expected to fall further in the coming months. That has been hailed as a sign of economic resilience, but it has also created a big problem for sectors reliant on the flow of labour, including agriculture, transport, logistics and retail.

“We just haven’t got enough workers,” Paul Bloxham, HSBC chief economist in Australia, told a Fitch conference in Sydney. “We’re on a recovery path but we have hit our capacity constraints.”

Bloxham argued that unlike in the US, which is also suffering a labor shortagethere is no buffer of people who have yet to return to the workforce as participation rates in the Australian market are at an all-time high.

National Australia Bank, one of the country’s “Big Four” lenders, said it had to establish technology centers in India and Vietnam because it could not find local staff, while Endeavor Group, the largest liquor and hospitality company, which recently raised wages for 15,000 staff, has 800 open positions.

Julie Rynski, an executive at NAB, said some of her clients in rural areas had started sharing workers. Regional hotels, she added, have been forced to warn patrons of lower service levels as they do not have enough staff.

“It is the number one issue for my customers,” she said.

Rynski warned that some farmers had reduced what they planted by up to 50 percent because of staff shortages and higher energy prices. “The flow on from that is less supply and higher costs,” she said.

“There will be less tomatoes in the supermarket, which means the costs go up, and nobody wants that to happen.”

Australia has long relied on temporary workers to fill low-income and unskilled positions. But the migration slowdown has spread to other industries, which have been unable to find tech workers to develop software and services. 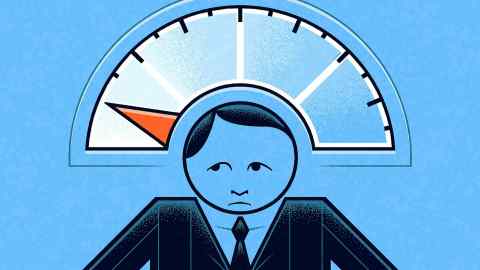 That has pitted the public sector against the private sector to attract workers, triggering huge wage demands from applicants with digital skills.

Victor Dominello, the New South Wales minister for Customer Service and Digital Government, said the world economy was going through a “global restructuring” that has led to a shortage of digitally skilled workers such as software developers and systems specialists. That has coincided with a period in which countries desperately needed to increase productivity to ease debt burdens built up during the pandemic.

“Right now we are in a seriously challenging position so we need to find workers from both home and overseas,” he said. Although his government has taken on 300 digital staff in recent months, it still had “sizeable” vacancy numbers. “Skills are constantly evolving,” he said.

Restoring migration is seen as the most immediate solution. The government waived visa fees to attract working tourists in February while free trade agreements signed this year with countries including India, which eased visa rules for workers, and Pacific Island labor schemes have been touted as potential answers.

Australia’s Labor government also plans to increase domestic employment participation with reforms to childcare funding to entice mothers to return to the workforce. It said it would also consider loosening rules around pensions to allow older people to come out of retirement.

NAB’s Rynski said Australia needed to resolve its labor problem or it would waste its post-pandemic economic opportunity. “Australians don’t have a victim mentality,” she said. “We need to work out what to do and get on with it.”