Emmanuelle Chriqui, 46, turned heads in a cheeky blue bikini during a jet-setting vacation in Mykonos, Greece. The Entourage star hit the beach while showing off some dangerous curves alongside her boyfriend Sam Trammell, 53. “Wow Mykonos!! A place full of surprises.. streets that feel like secrets.. magical hideaways waiting to be discovered,” she captioned a series of Insta snaps on Monday, July 18.

Emmanuelle couldn’t be more thrilled with her vacation, gushing over swimming in the “bluest water”, shopping at the “coolest of boutiques”, and eating at “the most incredible restaurants”. She did it all with Sam, her boyfriend of two years, by her side. The two were all smiles in Emmanuelle’s latest set of snaps, which revealed the pair grinning at the camera while swimming, standing together in front of a chic white hotel, and generally enjoying each other’s company.

There are also plenty of shots of the actress seen swimming around in those crystal clear waters she touts, which you can see straight to the bottom of many of the shots. When she wasn’t in the ocean, Emmanuelle stunned in a black and green wrap dress and a white crop top with relaxed black pants, her love right by her side. She was also spotted showing off her trim figure in a sunny floral yellow bikini with a glowing smile to match. 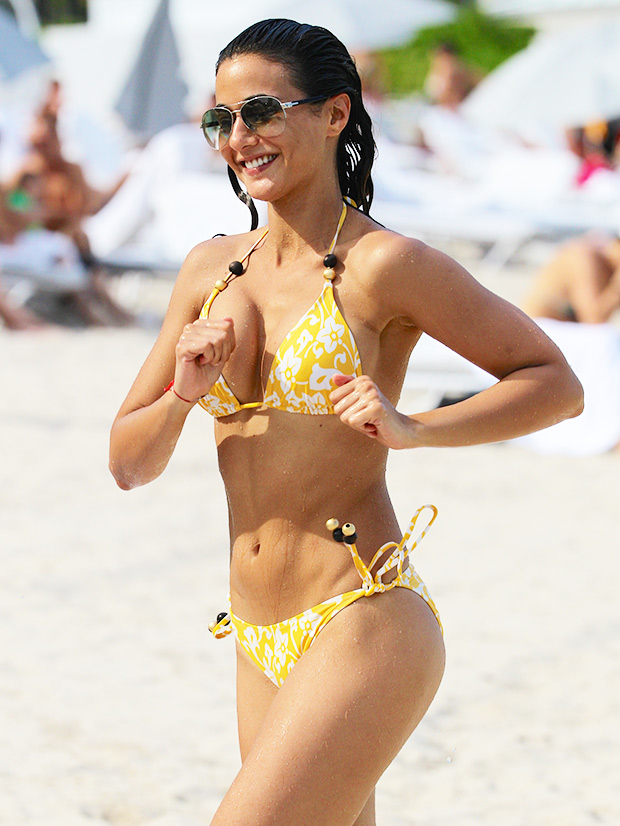 Emmanuelle has been gushing over her relationship with the True Blood star (who she refers to as “her person” and “her partner”) for quite some time. The pair, who met while filming 2018’s Hospitality, originally met in Greece — specifically, the island of Santorini. “Dreams come true. Full stop. Traveling to the Greek Islands has easily been a bucket list trip for the last 20 years… I guess I was waiting to experience the magic with my love @samtrammellofficial,” she shared in a post a week prior to her magical Mykonos stop.

It looks like the pair will be spending quite some time in Greece to see everything the picturesque destination has to offer. “Next stop MILOS!! Stay tuned!” Emmanuelle teased in her Instagram post, meaning there are likely more stunning selfies ahead in the coming days.

Met Gala Venue: Where The Event Is Held & All About The Costume Institute