Priyanka Chopra has some of the most exciting projects lined up. The actress has been filming for her upcoming series Citadel over the past few months. The Russo Brothers-backed show is a spy thriller that also features Richard Madden. Priyanka often shared updates from the sets of the show and now, she has shared the most exciting update – filming has wrapped.

Priyanka Chopra took to Instagram to share the happy news and gave fans an insight into how she celebrated the feat. She dropped a picture from the set and wrote, “It’s finally ‘almost wrap’ on Citadel after 18 months! The head is on in Atlanta and I couldn’t be more grateful for an amazing cast and crew but also ice cream!”
Check out the pic here:

She also shared a photo of the drool-worthy ice cream. 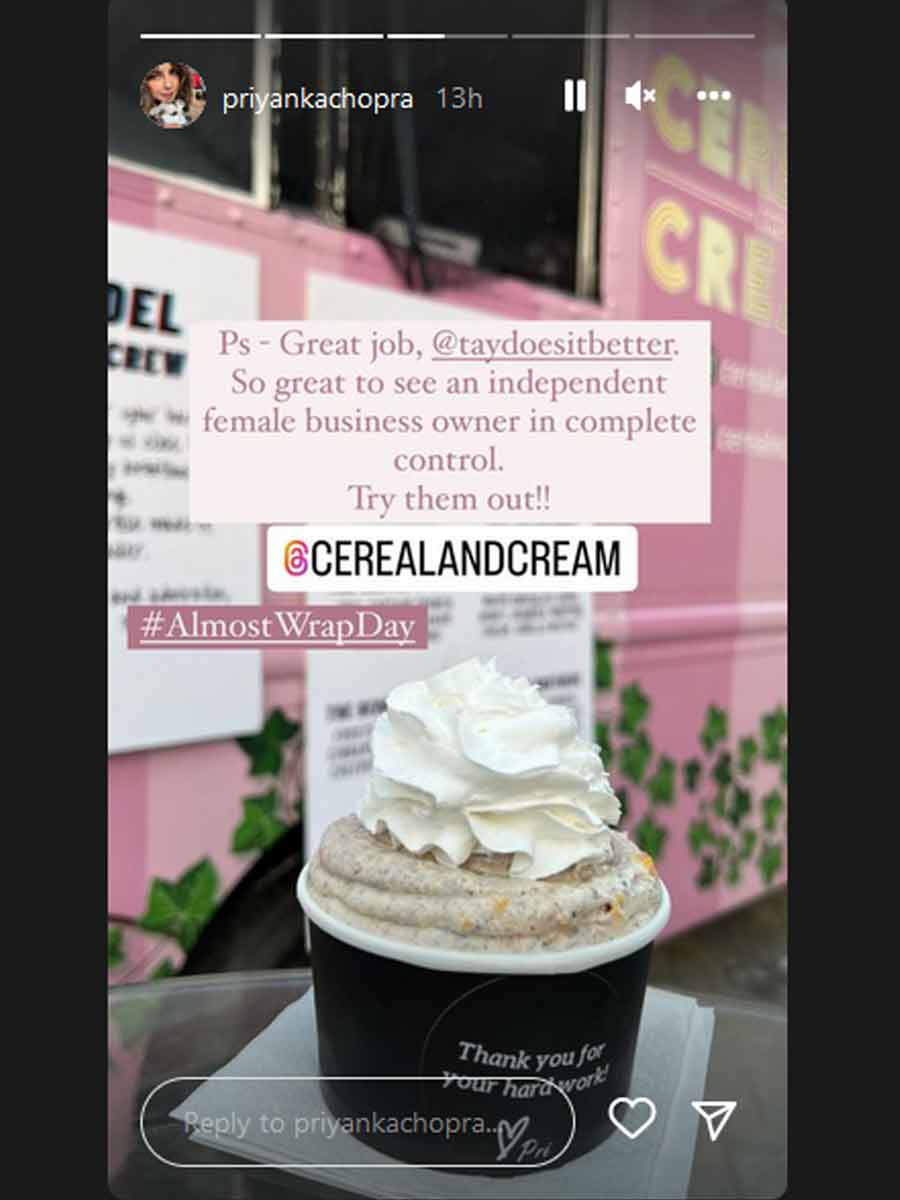 Earlier, Priyanka had shared a behind-the-scenes photo from Citadel in which she can be seen with bruises on her face done using make-up. She has also been filming for stunts with Richard Madden.

Citadel is the highly anticipated global spy series that will have multiple spin-offs including one set in India. The Indian version will be directed by Raj and DK who are best known for Go Goa Gone and The Family Man.

Apart from Citadel, Priyanka is set to appear in It’s All Coming Back To Me and Jee Le Zara.