Kareena Kapoor Khan is all set to claim her position as an unparalleled actor in Bollywood with back-to-back films in her kitty. The actress will be back on the silver screen with Laal Singh Chaddha, which also features Aamir Khan in a lead role. As the movie awaits its release she has started shooting for her next film The Devotion Of Suspect X.

The movie is based on a book with the same title and stars Vijay Varma, Jaideep Ahlawat, and Naisha Khanna in pivotal roles. Kareena recently wrapped up the schedule of the movie shot in Darjeeling. Naisha Khanna took to her social media account to share pictures that capture their time together on set.

Naisha captioned the post, “Sharing some sweet laughter moments on set with @kareenakapoorkhan. Let’s rock it! #Devotionofsuspectx. “The pictures show Kareena and Naisha sharing warm smiles and laughs together.

Speaking about the upcoming project, Kareena Kapoor Khan said in an interview that she was very excited to be a part of this project for several reasons.This marks Kareena’s OTT debut and it also marks her first movie after the birth of her second son Jeh. She also added that the film was an adaptation of a book that was a bestseller and has multiple aspects like murder, mystery, and thrill. The actress also said that she is eager to start working with Sujoy Ghosh who is an inimitable director.

The Devotion of Suspect X is a screen adaptation of Keigo Higashino’s highly acclaimed best-seller of the same name. The Sujoy Ghosh directorial is produced by Jay Shewakramani, Akshai Puri and Thomas Kim. 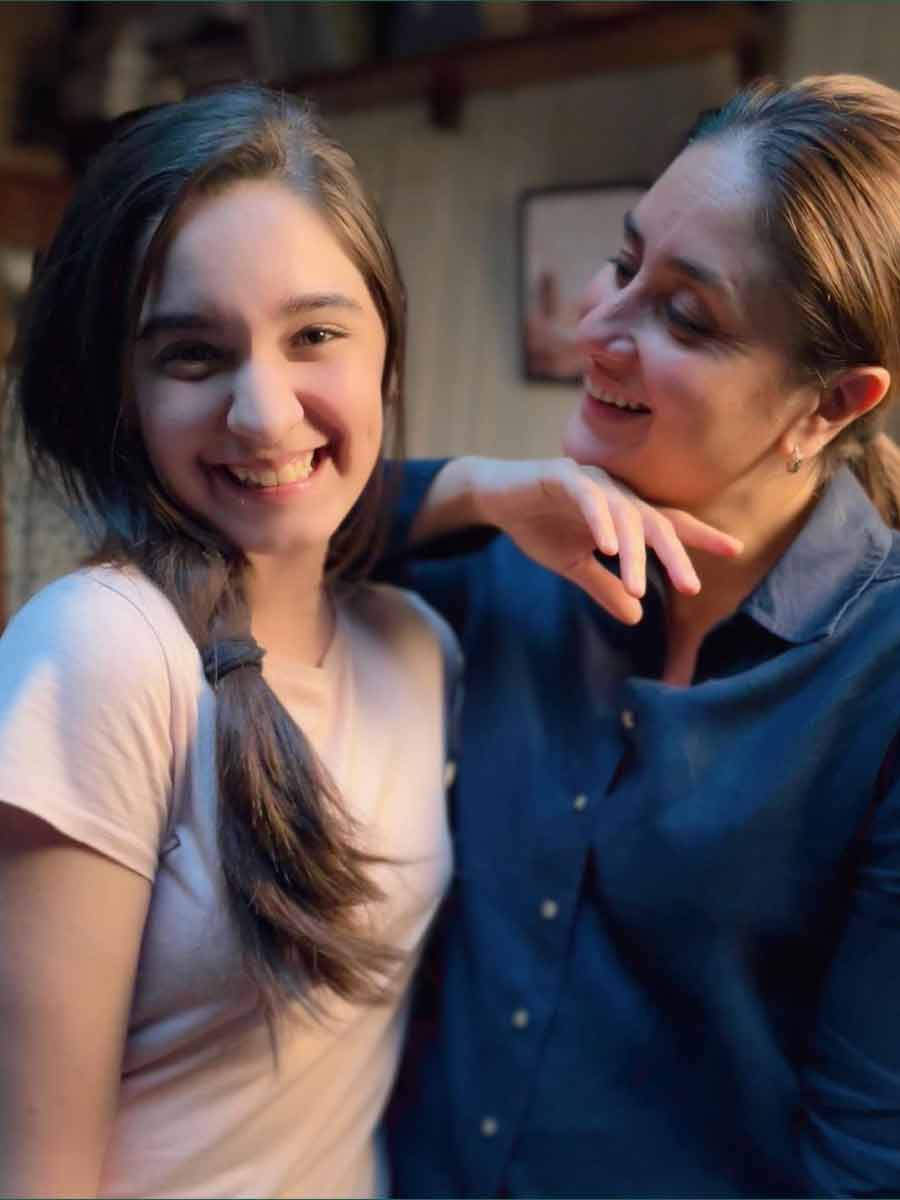